SEPTEMBER 1st, 1966 the first (published/professional) underwater picture of whales, was made just outside the entrance to Sydney Harbour.

The mother and calf, Southern Right whale had swum into the Sydney Harbour during the night. My friends and I had coaxed and followed in a small speedboat away from busy ferry and boat traffic to the quieter open ocean where a series of underwater pictures were made.

My dive mate refused to get in the water with me until I  exposed the first roll of film and demonstrated I wasn’t about to be swallowed.  (Although that was a genuine concern with our limited knowledge of whales  at the time, and we were not alone with that view).

Southern right whales still return to Sydney Harbour about this time of the year, but not every year. (Newspaper pictures below are July 2012)

Newspaper journalist Mike Perry had spotted the mother whale and her calf during his early morning swim at Balmoral Beach and phoned with an excited voice ‘bring boat and underwater camera ASAP’.

The pictures made a front page story on the Sydney evening tabloid newspaper, THE SUN the following day. The next day a follow-up Page One story (and repeat of the same picture) when it was discovered how rare the Southern Right species was. “On the brink of extinction” said the heading quoting a university lecturer.

Whales had been having a ‘rough trot’ and there were not many left, especially this species, named the ‘right’ whale because they floated when killed and were therefore easier to tow back to the factory.

Low visibility, a large subject, all a bit of a challenge at the time. The mother was huge and almost black so I focused on the lighter-coloured baby. This picture shows a section of the five meter-long calf riding on the mother’s back, as they do just under the surface.

We did not recognise the species until (the late) Dr William Dawbin saw the pictures at his Sydney University department and almost fell off the chair.

It took a ban of whaling and another decade before people began swimming with all the other species elsewhere. The Southern Right has remained a prize subject. They are still rare. Unusual with a reversed-looking jaw-line. **

Nov4 Footnote: 35mm underwater movie footage is believed to have been made by Bill Heffernan at Seal Rocks almost 50 years ago, probably showing a more common humpback whale. This would be the very first underwater whale pictures made in Australia to our knowledge. What has become of this material is unknown. Bill Heffernan was a resident of The Entrance NSW. Has anyone out there any info we can add here, please?

The most difficult of all underwater subjects, a huge creature, dark water, slow-speed film and a medium format camera. 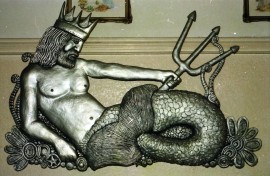 Shown today, published for the first time is this head shot of the mother Southern Right Whale in Sydney Harbour.   (picture to come – insert here)

On the parent’s back out of frame was her lighter-colored calf. See following pictures.

In 1967 whales were incredibly rare items. Journalist Mike Perry spotted this pair swimming off Balmoral Beach while he was having an early morning swim. It was the first day of spring.

Later that morning we collected Mike, found the whales and got these pictures for the newspaper where he worked, a tabloid called \The Sun.\ The pictures appeared next day, and the day following when it was realised how rare this species was and still is.

In that era I thought all whales swallowed people whole! I know how incredibly brave I felt taking this picture – both hands had fingers crossed. “Please don’t swallow me” was a thought.

I had to shoot 12 pictures (a full roll) to prove it was safe before anyone else would get in the water with me! Today we know this species to be docile, and of course we would not attempt to touch them.

It could be said we helped this pair by actually herding them out of the harbour and away from high speed hydrofoil ferries and other craft that may have collided with them.

The original negative shows signs of ageing and neglect. It is the only frame taken of the mother because of the technical difficulty and perceived (false) risk.

“OUR FUTURE – AN UNKNOWN ADVENTURE”

Copyright 2005-2010 We reserve copyright for pictures, captions, text content of this web site. We own all such copyright, (or use it with permission of the credited owner). View this web site and its content using your web browser and make a temporary copy of parts of this web site for your personal use only. You may link to other sites with permission. NO commercial use without written license and fee.

RE-USE OF CONTENT IN ANY FORM
(1)Text, captions, photos and video is copyright and owned by John H Harding and may not be reprinted, republished, or otherwise redistributed without a written copyright license.
(2) To obtain a license, make an inquiry via comments
(3) Copyright law relating to blogs is available on-line 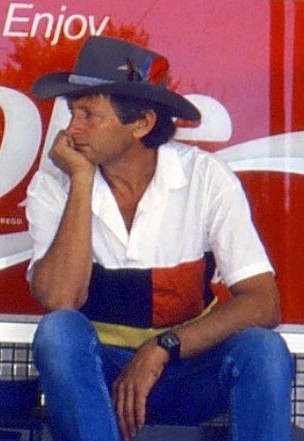