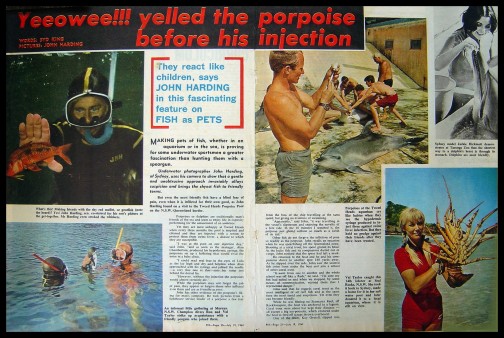 Here’s a mixture of pictures selected by PIX (a weekly picture-news magazine in Australia) editors.  Once selected I’d be asked to tell a staff reporter like Syd King, Ben Mitchell or later, Jim Oram what it was all about.  The magazine paid sufficiently.  They were a good crew.  Editor Bob Nelson especially.  Meanwhile I was shooting 16mm film footage for my future project, a documentary that would enable travel as well as an income.  It was a good plan but eventually there was home video which made cinema films expensive for families.  (click to enlarge pages). 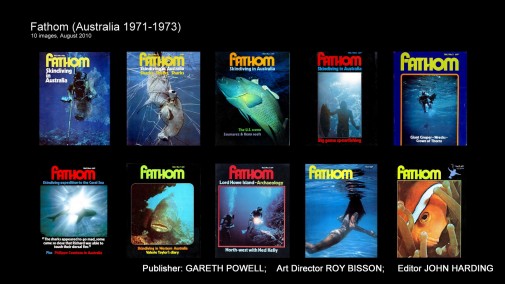 FATHOM magazine was compiled by divers.  For the first time in Australia, dramatic pictures and stories kept accurate by the people who wrote and published the material.  All original pages now online for students of the sea.  A benchmark to help understand the slow but steady changes occurring in the marine world. From shark hunting of 1963 to the beautiful underwater photo images of today. 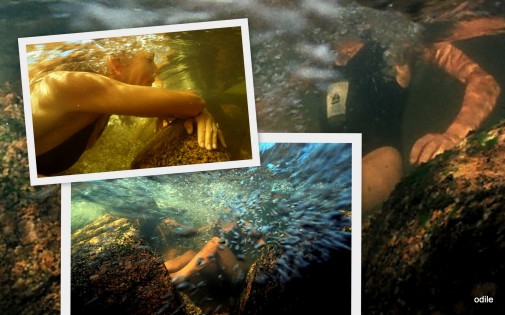 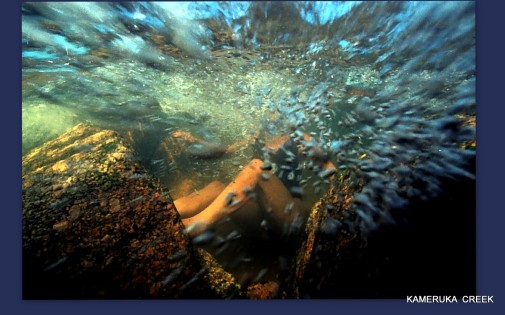 Kameruka Creek on the far South Coast of New South Wales is trickle more often than not.  It flows to the Bega River which is tuns enters the sea at Tathra.  My first underwater view with a face mask was in the fresh water river about 1952.  A memorable experience.  Every diver remembers the first time they looked underwater.  Although babies watch marine films these days, long before entering deep water.